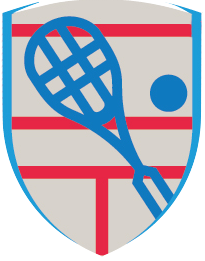 Doha: The quarter finals of the QSF 4 threw up a coupe of surprises, as the unseeded Aly Abou Eleinen overcame former World No.3 Omar Mosaad in a five-game battle to reach the last four at the Khalifa International Tennis and Squash Complex.

Eleinen came into the Challenger 30 level competition in Doha unseeded, and he got the better of Qatari No.1 and home favourite Abdulla Mohd Al Tamimi in the second round of the tournament, before coming into his quarter final match-up with compatriot Mosaad.

The World No.79 lost the first game 11-9, before bouncing back to take the second comfortably to level the contest. However, he then went behind once again, losing the third game on a tie-break 13-11, and it looked at times in the fourth like his run was done. He had to save several match balls before winning it 16-14, and Eleinen then went on to take the fifth and final game 11-7 to book his place in the semi-finals of the competition.

The unseeded Egyptian will now take on Mexico’s Leonel Cardenas, after he got the better of Pakistan’s Tayyab Aslam, with a first game tie-break proving pivotal to his victory. The No.4 seed saw several game balls saved, with a total of forty points being played in the opening salvo. He eventually won it 21-19, before then claiming the next two games to the loss of just six points, advancing to the last four.

The other surprise result of the quarter finals saw No.5 seed Ramit Tandon overcome No.3 seed Karim El Hammamy in five games to make it into the semis in Doha. Tandon, who sits 17 places below the Egyptian in the World Rankings, took the lead in the contest twice, only for the World No.28 to fight back to level on both occasions. The Indian eventually got over the line, though, winning the fifth game after 73 minutes of action to move into the semis.

Tandon will now take on top seed Victor Crouin in the last four on Thursday, after the Frenchman overcame the challenge of another Egyptian, in Mazen Gamal. The World No.20 won the first game 11-7, but saw Gamal fight back to take the second game to level the tie. From there, though, it was Crouin who had the control of the match, winning both of the next two games comfortably to move into the semis.

The semi-finals of the QSF 4 will take place at the Khalifa International Tennis and Squash Complex in Doha on Thursday, June 23, with the last four going head-to-head for places in Friday’s finals.