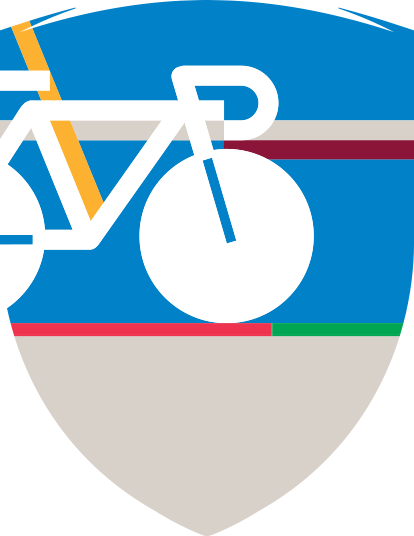 The races take place on 250m long wooden banked oval-shaped tracks. Both sprint races and endurance races are held on the track. Some events are raced in teams, others individually.

The inaugural Olympic road race was held on the original marathon course in Athens in 1896, with cyclists doing two laps of the course. Modern road racing is made up of road races and time trials. The road races begin with mass starts. The men’s race is usually over 200km and the women’s approximately 120km. Time trials are raced against the clock, with riders starting with intervals.

BMX races are held on circuits of around 350m, including an 8-metre high starting ramp, jumps, banked corners and other obstacles. Eight riders compete in each heat (qualifying rounds, quarter-finals, semi-

finals and finals), with the top four qualifying for the next round. There are two medal events: men’s and women’s individual.

Cross-country sees the riders negotiating what is usually a mountainous course over trees, branches, rocks and streams. The races start with mass starts. Men race around two hours, women around one hour and 45 minutes on a 5 km course. Courses became shorter and more dynamic, creating multiple passages at the finish area.