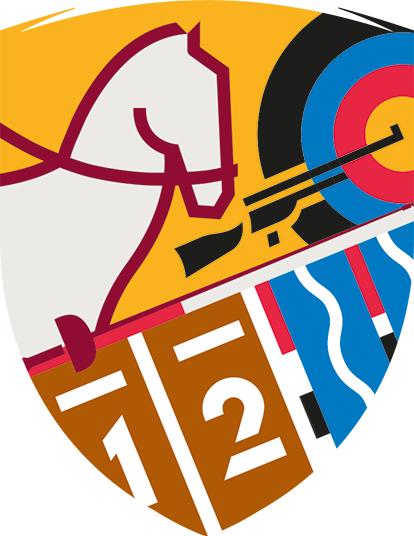 The ancient pentathlon consisted of running, jumping, spear-throwing, discus and wrestling. The modern pentathlon was introduced by Baron de Coubertin at the Stockholm Games in 1912, comprising pistol shooting, fencing, swimming, horse riding and running. It was his belief that this event would test “a man’s moral qualities as much as his physical resources and skills, producing thereby a complete athlete.”

From 1912 to 1980, the Olympic modern pentathlon was held over five days with one event per day. Now, the event is held over one day. Competitors score points in the first three events, which decide their starting position for the final combined event, composed of the shooting and running disciplines. The first one over the line wins the gold medal.

Qatar has hosted the annual Modern Pentathlon Champion of Champions event since 2013, which sees the top 36 UIPM ranked athletes compete for one day in the Qatari capital to claim the crown for the best male and female modern pentathletes in the world.